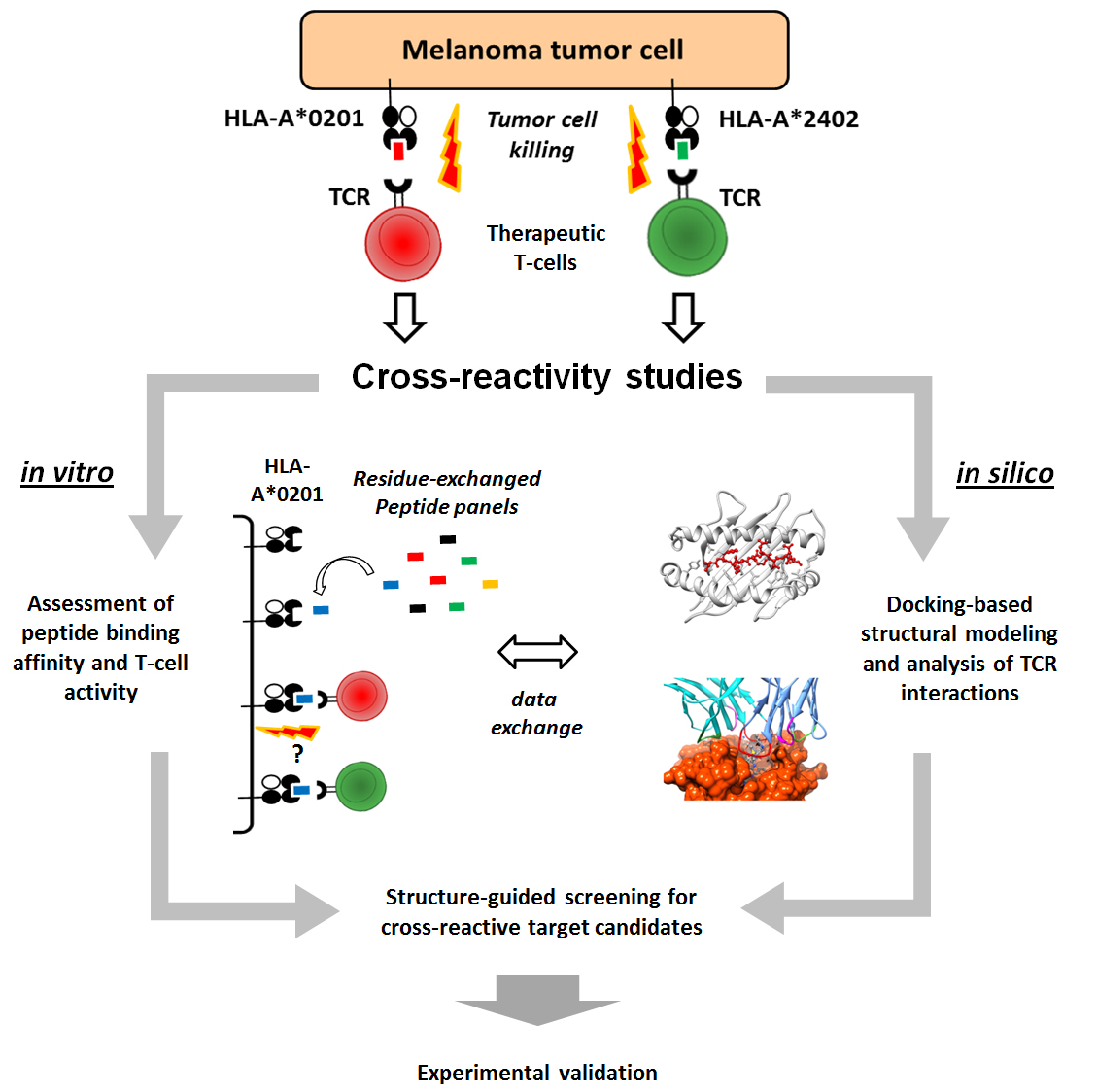 Immunotherapy has become one of the most active fields in cancer research, focusing on treatments that make use of properties of the immune system to specifically recognize and eliminate tumor cells. The so-called "killer" T-cell lymphocytes, a particular type of white blood cell, are of special interest in this context. These T-cells are naturally involved in the surveillance against diseased and infected cells. More specifically, a tumor cell will display at its surface certain tumor-derived peptides (i.e., fragments of proteins). In turn, these peptides will serve as molecular "flags" that can be recognized by the T-cells. This recognition triggers toxic mechanisms within the T-cell that lead to the killing of the tumor cell. T-cell-based immunotherapies have proven to be very effective at eradicating tumor cells in many cancer patients, but its application in a larger scale have been prevented by safety concerns. For instance, at least 5 deaths were reported in recent clinical trials, being associated to unexpected off-target toxicity of the therapeutic T-cells in the heart and the brain. Predicting these T-cell cross-reactivities is a very challenging task, given the complexity of this immunological phenomena. Here we propose an innovative approach to perform T-cell cross-reactivity assessment. We will combine diverse computational methods with standard experimental assays in order to define T-cell-specific motifs that can be used for large-scale screening of potentially dangerous cross-reactive peptide-targets expressed by normal cells. We will apply these methods in the context of two newly-identified melanoma-associated peptides, using our new methods to select safe T-cell lines that can then be used in clinical trials. By developing these new methods for cross-reactivity assessment we will contribute to the development of other T-cell-based therapies, and open new research avenues that will have a positive impact in other human diseases.

This work has been supported by grant CPRIT RP170508.